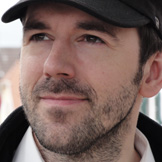 In 2014 he started Perfect Layout for Finale® - originally for very demanding and short notice arrangement jobs with Gewandhausorchestra Leipzig. Other music software projects include:
400 of his arrangements are available through SheetMusicPlus.com and Hal Leonard.
Jan also holds a diploma degree in law from Hamburg University (1999). In 1996 he was one of the first students at Paul McCartney's Liverpool Institute for Performing Arts and took arranging classes at Berklee.
His main instruments are double bass and electric bass which he plays in orchestras and big bands in North Germany.
During his studies he founded and managed the student orchestra Junge Symphoniker Hamburg and later the Königl.-Hamburgisches Hoforchester. From 2010-2015 he was the musical director and conductor of the annual Rock meets Classic Buxtehude. Jan Angermüller has conceived and popularized pop orchestra concepts including "Best of Eurovision Song Contest - Germany 12 Points", "Orchesterkaraoke" and "An Evening with the King" (Elvis tribute show).

Since 2006 Jan Angermüller has been working as a freelance arranger, musician, orchestra manager and software developer.