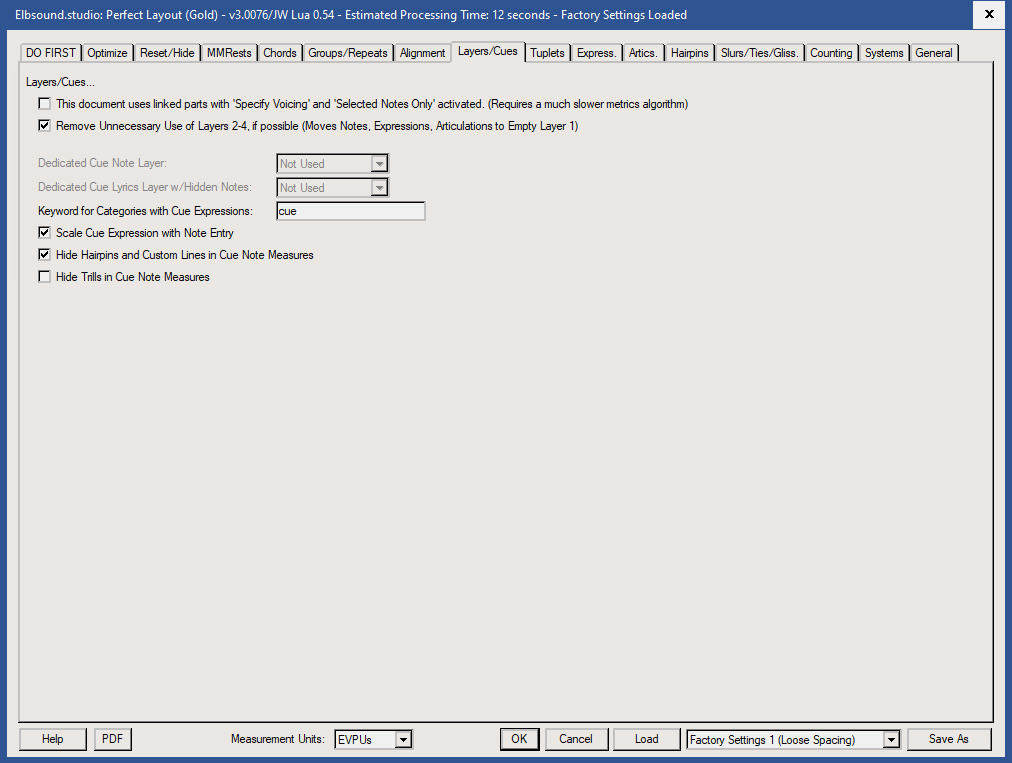 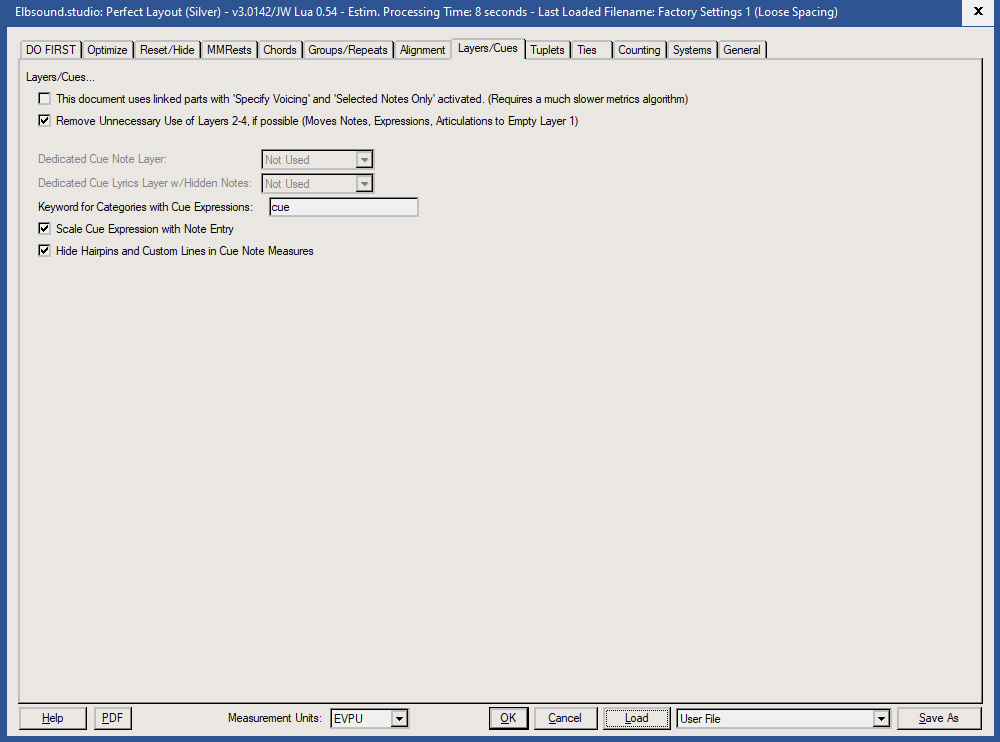 The Perfect Layout plug-in has a few functions dedicated to cue notes and cue texts. During initalization of the plug-in it tries automatically detect the "Cue Note Layer" and, if used, a "Cue Lyrics Layer w/Hidden Notes" (which some use for lyrics scaling).
If no cue notes were found, then these options ("Dedicated Cue Note/Lyrics Layer") cannot be set.
If you want to deactivate the cue functionality (i.e. keep all cue notes in the score), set the two Dedicated Cue Note Layers to "Not Used".
If the cue text expressions shouldn't be changed either, then keep the field "Keyword for Categories with Cue Expressions" empty.

The plug-in processes cue texts created with Finale's "Add Cue Notes" plug-in like "Fl." or "Trb.1" if they are placed in a dedicated expression category. To detect this expression category it looks if the category names include the keyword listed in the option "Keyword for Categories with Cue Expressions" (set to "cue" by default). 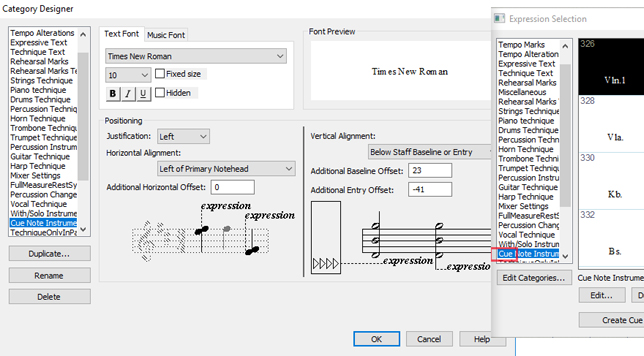